On this blog you will be able to share sightings of Dragonflies and Damselflies within the recording area of VC41. However, sightings further afield will be welcome on this site also. To become an author of this blog please register by sending an email to vc41dragonfly@gmail.com and an invite will be sent to you. Alternatively if you want to record your sightings on this blog but do not wish to register then please email sightings with or without photos to the above address and they can be published for you. Please continue to record your sightings through the correct channels and details of these can be found above. 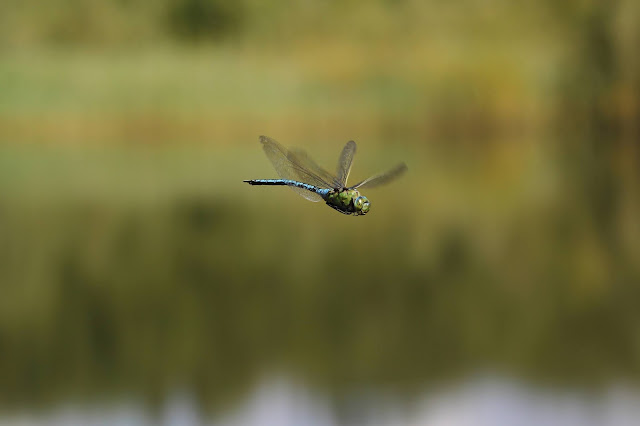 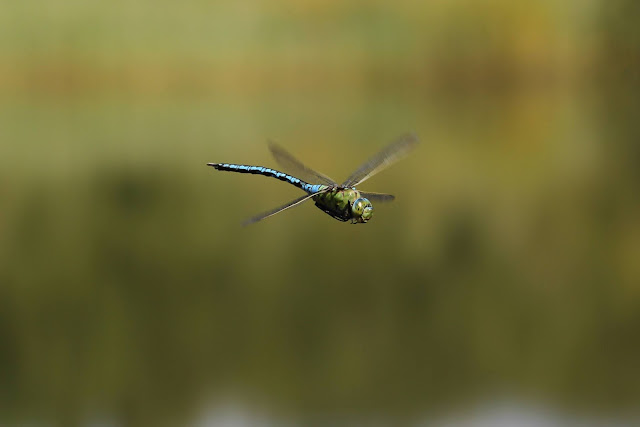 A few emperor on the wing today
Posted by Alun Hughes at 22:35 No comments:

Just a quick walk around Forest Farm before shopping, resulted in alot of Large Reds and Azure Damselflies along the canal. 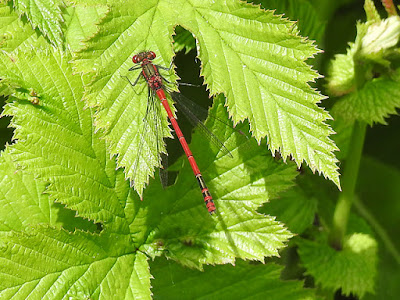 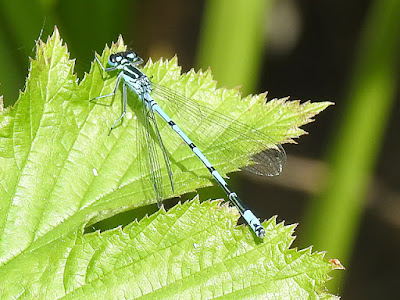 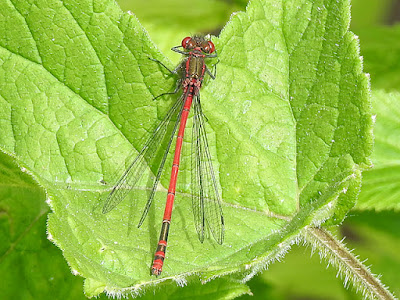 Posted by Mike Thornton at 17:18 No comments:

Hi all, took a trip down to the local river on the 6th May. River Taff by the Water treatment plant near Cilfynydd. I found a couple of Damsels on the bankside vegetation, Two Large Red Damsels and Three Beautiful Demoiselles. 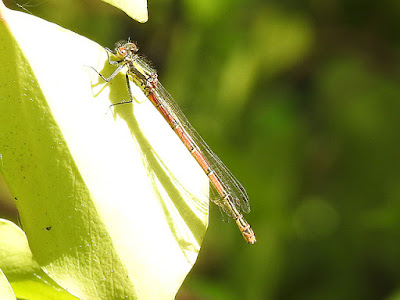 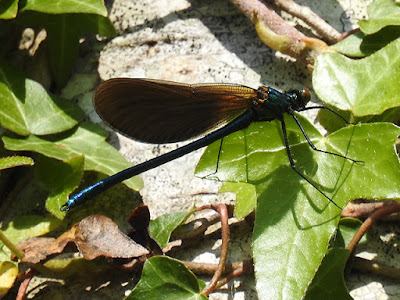 Stay Safe
Posted by Mike Thornton at 10:04 No comments:

Lots of dragons flying over the dragonfly pond .... but all too far away to see.
Fortunately the damsels were numerous and busy alongside the parched paths. Saw Azure, Common Blue, Blue-tailed and Large Red Damselflies. Quite a lot in tandem. 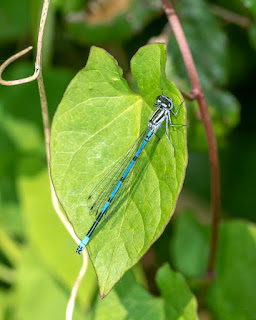 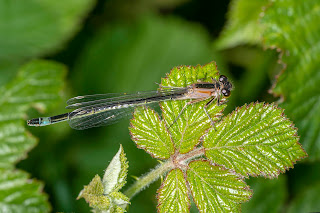 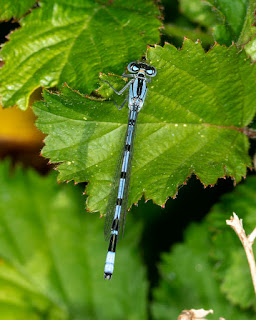 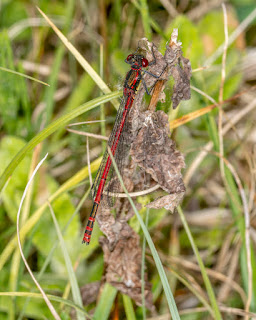 I did not see any Dragons but there was alot of Damsels about, Azures, Blue-tailed and a large amount of Red-eyed Damsels. I counted 46 over the Five rafts of lily pads with quite a few of them in tandem. 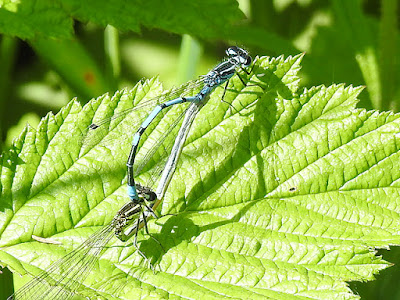 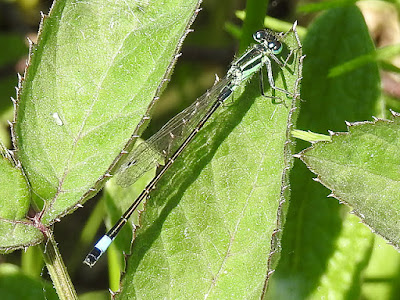 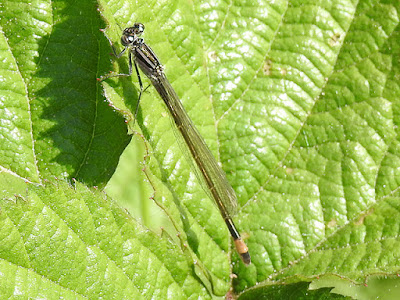 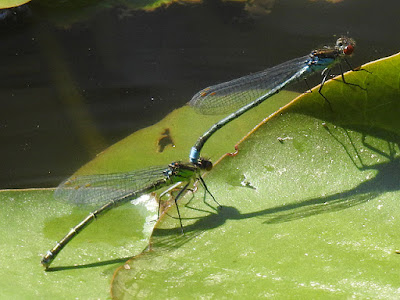 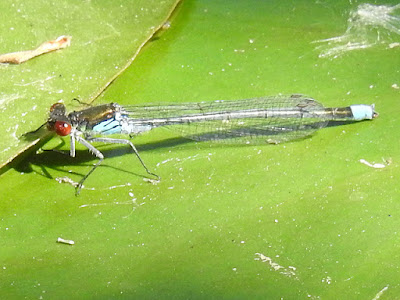 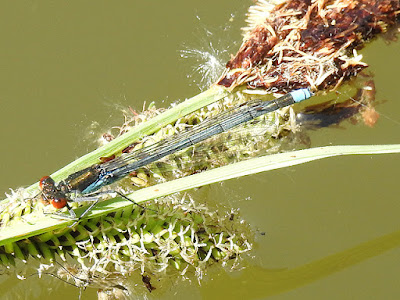 Posted by Mike Thornton at 22:08 No comments:

Spent a few hours at the pool today and there was alot on the wing, one Hairy Dragonfly, three Four-spotted Chasers and at least four Downy Emerald males, none of which settled for a photo. As for Damsels there were alot of Large Reds, Azures, Blue-tailed and Red-eyed with some in tandem and ovipositing. 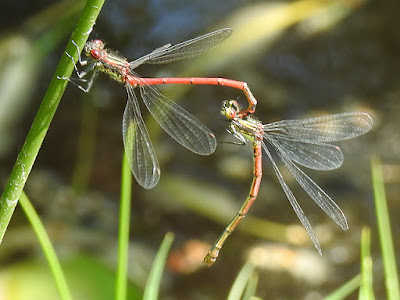 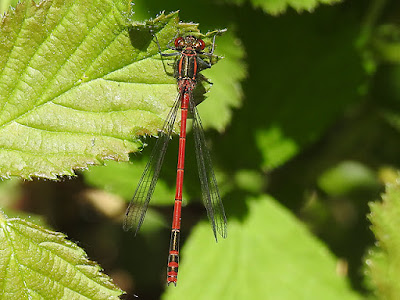 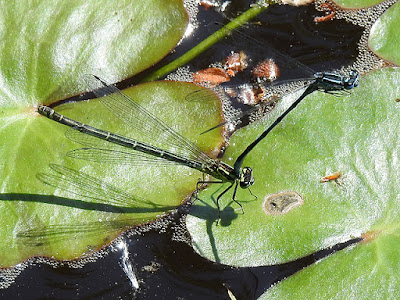 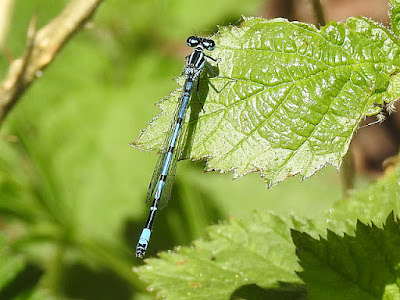 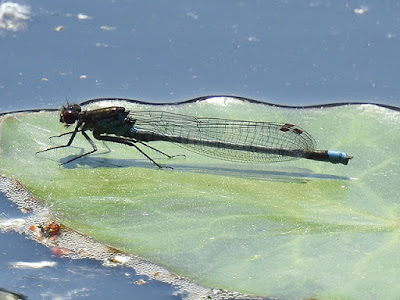 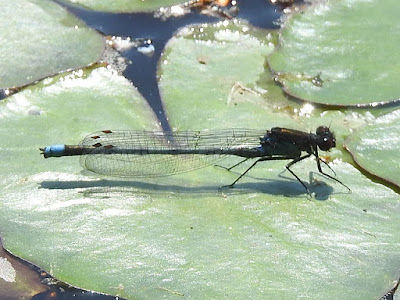 I then moved on to Llanerch Wood.
Posted by Mike Thornton at 21:57 No comments:

Spent a few hours at the lower ponds at Penallta Park which are a number of small ponds and two fishing lakes. At one of the small ponds I did see one Dragonfly but it flew over a hedge before I had a chance to identify it, but there was a number of Large Red and Common Blue Damsels present with some of the Reds in tandem. 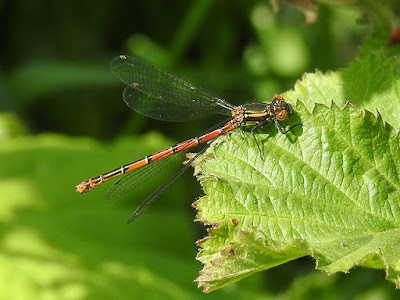 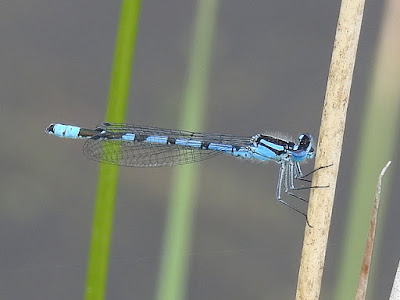 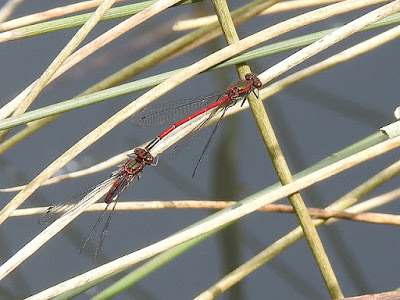 At the fishing ponds I did not see any Dragonflies only Damsels with the majority of them being Azures and only a few Large Reds, again some of the reds were in tandem. 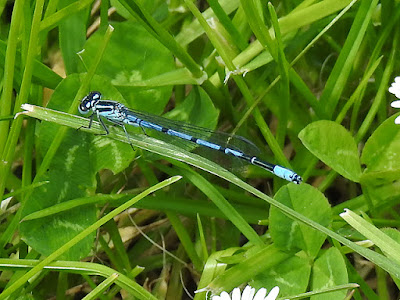 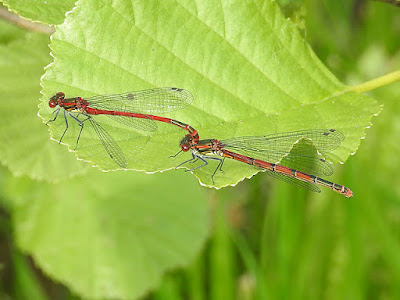 Posted by Mike Thornton at 10:07 No comments:

Observers: Please send in all your outstanding 2016 records to Mike Powell asap. Thank you.